Húsavík – The Best Place to Go Whale Watching in Iceland

Nestled right between the Húsavík Mountain and Skjálfandi Shaky Bay on Iceland’s north coast, the picturesque village of Húsavík is one of the country’s most attractive tourist destinations. Tucked into the mountain slopes and with a population of fewer than 3000 people, Húsavík is an ideal place for everyone wishing to escape the hustle and bustle of major cities.

As one of the oldest settlements in Iceland, Húsavík is teeming with historical reminiscences of the days gone by. Home to three natural history museum and the iconic wooden Húsavíkurkirkja church, this small, scenic town reflects the very essence of Icelandic lifestyle.

The main reason, however, why tourists from all over the world flock to Húsavík in droves is the opportunity to go whale watching. Known as “the whale watch capital of the world”, Húsavík is the best spot in Iceland to observe these majestic marine animals in their natural habitat.

The rich history of the whale-watching industry in Húsavík stretches back to the 1990s. After Iceland ceased all whaling operations in 1989, whalers realized that instead of hunting whales for commercial purposes they could earn a living by taking tourists out to see the amazing creatures in the wild.

Today, whale-watching tours are operated by two companies, North Sailing and Gentle Giants, both of which organize daily tours during the peak Iceland whale watching season between mid-May and mid-September when the likelihood of spotting whales is at its highest. The speedboats used for tours are fully licensed by the Icelandic Transport Authority and operated by a highly qualified and experienced crew.

The species of whale most likely to be spotted in Skjálfandi Bay include the harbor porpoise, white-beaked dolphin, minke whale, humpback whale, and blue whale. According to the whale-watching tour organizers, the chances of seeing whales are up to 99% but in the unlikely scenario that no whales show up during a tour, passengers will be taken on a second whale-watching cruise free of charge.

If you were a fan of the cult family classic “Free Willy”, you’ll be happy to hear that Húsavík also offer orca whale watching tours. While killer whale sightings are not as frequent as those of other dolphin species, you still have a good chance of seeing these magnificent mammals near Húsavík during late summer months when orcas tend to be close to shore.

At the Húsavík Whale Museum located by the harbor in downtown Húsavík, you can learn all about the evolution and ecology of whales and the history of interaction between whales and humans in the region. You’ll also get the chance to see some truly stunning exhibits like the life-size Blue Whale skeleton.

With over 8 exhibition rooms, the Húsavík Whale Museum is one of the rare museums in the world exclusively dedicated to whales. Since 1998, the Húsavík Whale Museum has been involved in different research projects dedicated to whale species of the Skjálfandi Bay. The museum uses whale-watching tour boats as an opportunity to collect data about whales and dolphins, which means that by taking a whale-watching cruise you’re helping scientists and researchers learn more about these incredible animals.

How to get to Húsavík

Húsavík is served by single-runway Húsavík Airport, located 10.4 km southwest of the town. The airport is accessible by Road 85 which follows the northeast coast to Húsavík and further north and serviced by Eagle Air which offers 12 direct flights a week from Reykjavík airport to Húsavík, including both scheduled flights and adventure tours. There are two car rentals located at the Húsavík Airport terminal – Europcar (Bílaleiga Akureyrar) and Húsavík Car Rental Service.

The Húsavík airport is located near the Diamond Circle, a popular 260km-long tourist route which features some of the most breathtaking natural wonders in North Iceland, including enormous horse-shoe-shaped glacial canyon Ásbyrgi, geothermal Lake Mývatn, the lush valley of Vesturdalur, as well as Dettifoss – the most powerful waterfall in Europe.

Accommodation and hotels in Husavik

As one of the most visited destinations in Iceland, Húsavík offers a wide range of accommodations for all holidaymaker types. Fosshótel Húsavík and Húsavík Cape Hotel are ideal options for everyone looking for ultimate comfort and convenience. Both hotels are located within a walking distance from the harbor and the Whale-Watching Center.

For a more authentic experience of the region, you can stay at one of Húsavík’s private cottages. These spacious, self-contained log cabins are fully equipped with modern conveniences and facilities. Cottages are a great choice for anyone who wants to enjoy the stunning views of the Skjálfandi Bay in complete privacy.

You can also book a room at one of Húsavík’s hostels or family-run guesthouses situated around the harbor. Whichever type of accommodation you pick, you’re bound to have the time of your life in Húsavík – the site of the best whale-watching experience in the world.

Find your accommodation in Húsavík here 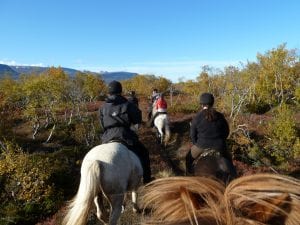 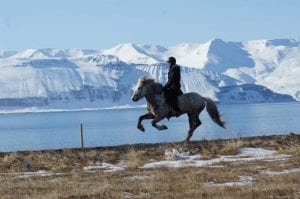 Let us help you to customize your trip to Iceland If you are traveling in a group then you can contact us for assistance with planning of your trip Do you want an extraordinary experience in Iceland, just drop us an email
Facebook Twitter Instagram Youtube

WANT TO SEE MORE OF ICELAND

© All Rights Reserved
Designed By: